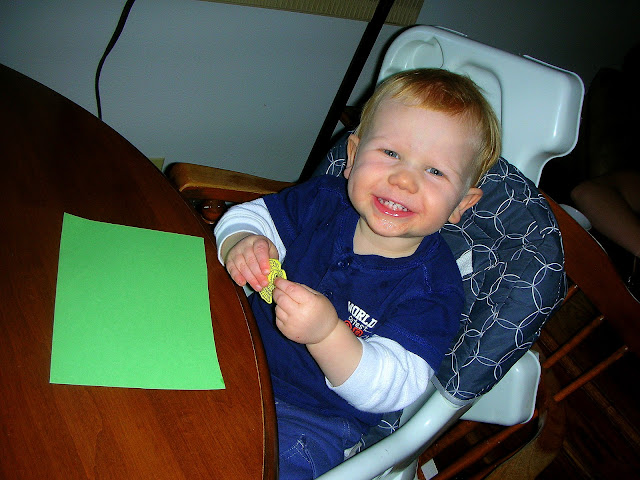 I haven't posted about this on my blog yet (although i've talked to many people about it) and mostly I haven't because I know what everyone will say. But now I actually think it would make me feel better to hear other's stories or opinions. :)

Landon is 16 months old. He has not really said anything at all. And probably just within the last week has he even showed any signs of repeating syllables that go along with a word. You know those ASQ's you fill out at the doctor's office for their well baby check ups. Well at a year old Landon wasn't saying 3-4 words like "they" want them to at that age. I showed some concern to the doctor mentioning that I see no real Desire even in landon in coming close to even forming words. He gave me some "techniques" to use to maybe force landon to start speaking. Such as, repeating "cup" or "please" or "ball" to him multiple times instead of just giving him what I knew "uh, uh" meant. (since I'm the mother I've had no problem in discerning whether that "uh, uh" means I'm full, I'm thirsty, I would like to get down, or carson took my blanket". :) ) 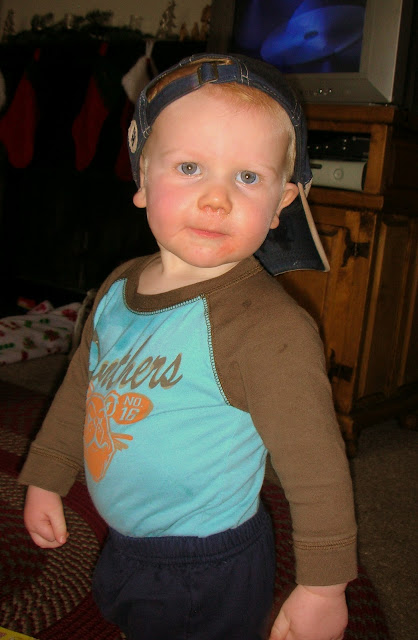 So for the next 3 months I really worked on being intentional with him regarding this issue. the 15 month check up appointment came up, and as I'm filling out that same questionnaire I realize he has improved in all the areas except for speech and is still not even saying "momma" with any intentionality. But he is babbling to himself all day long or in the car, and the "uh uh" is much more distinctive and purposeful in telling me what he wants. 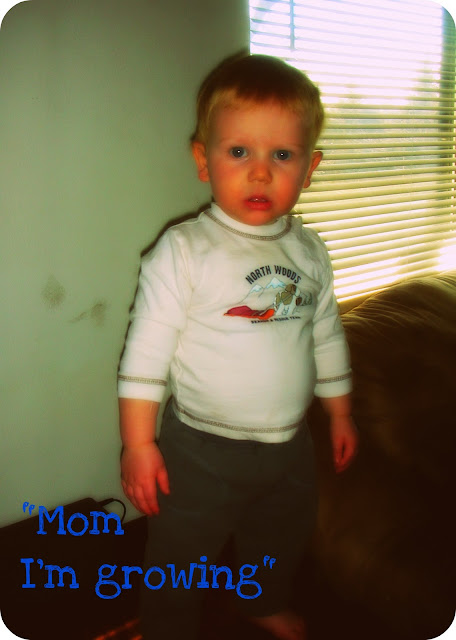 So in discussing everything with the doctor, i again voiced my slight concern. I have never been too concerned b/c as soon as I tell any mother or any woman for that matter I inevitable hear, "my 2nd son didn't talk until he was 3 and then he spoke in full sentences right away, or I have a nephew who didn't say one word until he was 2 and he is fine". Or I hear how much doctors just need to have every child on a chart and don't like to see a child doing something in a different time frame.  So I have never been too worried, but it something to sorta take note of I guess. All I wanted was for my doctor to tell me, "he is the second son, his personality is super laid back, and his brother talks non stop, so don't worry". Well at his 15 months check up, the doctor wanted to do a follow up appointment with an early childhood intervention. Because honestly not one thing had changed in the 3 months time as far as his "communication" goes or his speaking.

The first initial interview was last Friday and this Wednesday is the "real deal". We go to a place where a "team" of "professionals" will evaluate him, play with him, see his interaction with his brother and mother is, and doing a hearing and vision test. We will have the results from that I assume pretty soon after all the reports are typed up and made. And I will know more.

I know Landon is smart. He observes everything! He watches and figures things out, he is more patient in figuring things out (especially than his brother Carson). He understands EVERYTHING (just about) I say to him. he shakes and nods his head in response to questions asked him. And he notices everything! He also definitely knows how to tell me what he is wanting! He grunts and whines and pulls me, and moves my hands to get across anything he needs to.

So we are waiting right now. One minute I convince myself - oh nothing is wrong, he is laid back, and also stubborn about doing things that i want him to do. (hehehe, i.e. say the word when I want him to say it) His brother talks non stop and always answers for him or repeats the word I want Landon to say, so why does he need to talk. The next minute I am concerned about his hearing or maybe a delay developmentally. One minute I feel it's dumb to go through with this whole thing when I know it's all fine. The next minute I would never forgive myself if there was something wrong that I could have corrected by catching it at such a young age.
So as parents we are only doing what we know and pray to be the wisest for our son in this situation. I pray that God will give Richard and I wisdom with the outcome of these "studies". That we will be wise and that we will trust God. 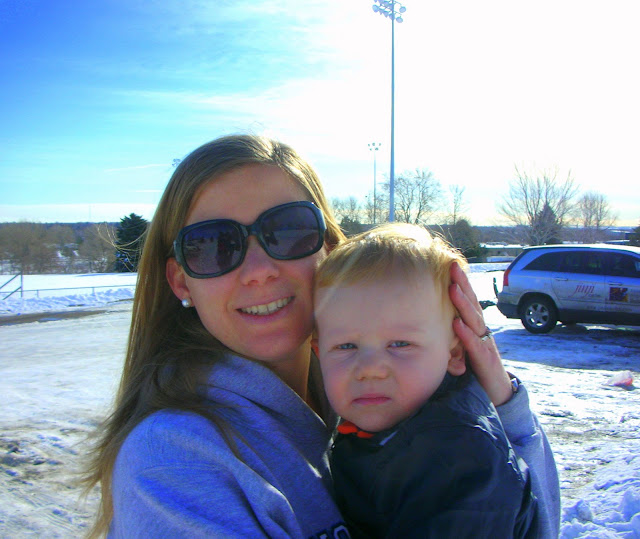 One thing I've learned about parenthood is - don't judge! every parent is trying their hardest to love, train and raise their children. And most parents are honestly seeking to do the right thing. Whether that is different than how you would do it - is not something to judge about!

Can't wait to hear how the testing goes on Wednesday! I still say his first word is going to be "Grammie" - at least that's what I'm pushing for! Praying for all of you as you go through this situation!

hey this could be totally unrelated but i know of a friend whos baby didnt talk for a long time, i dont remember specifics, but it turns out he couldnt hear well, and they got tubes put in his ears and he immediately started talking. so maybe thats something to look into. then again i am no doctor:) but i will be praying for you to find some answers!

I'll be praying, Jess! I can only imagine all the things going through your mind right now! God will give you the grace to love your little guy through the evaluation and whatever follows just as He gave you the grace to come to this decision in the first place! Wish I could give you a hug and reassure you that you're a wonderful mommy to your boys!

Let us know how it goes. I would agree that in my case as well with the 2nd child, that Emily does not say near as much as Megan did and even other things (such as point to her nose, eyes, mouth, etc.). Maybe his first word will be "broncos" for Richard!! Just prayed for you.

will be praying that everything goes well and Im sure they will have some more great ideas to help him!

Will be praying for the testing on Wednesday!

Will be praying about this Jessica!

Hey haven't been on in a while and am catching up on all my blog reading. I know just what it feels like - we went through the same evaluations and diagnosis process with our Beast when he was three year old. It was definitely hard and worrisome, and even when we finally got the autism diagnosis, I was just relieved to be getting some answers. Your Landon is such a cute and smart guy. I willbe praying for him and your family :)