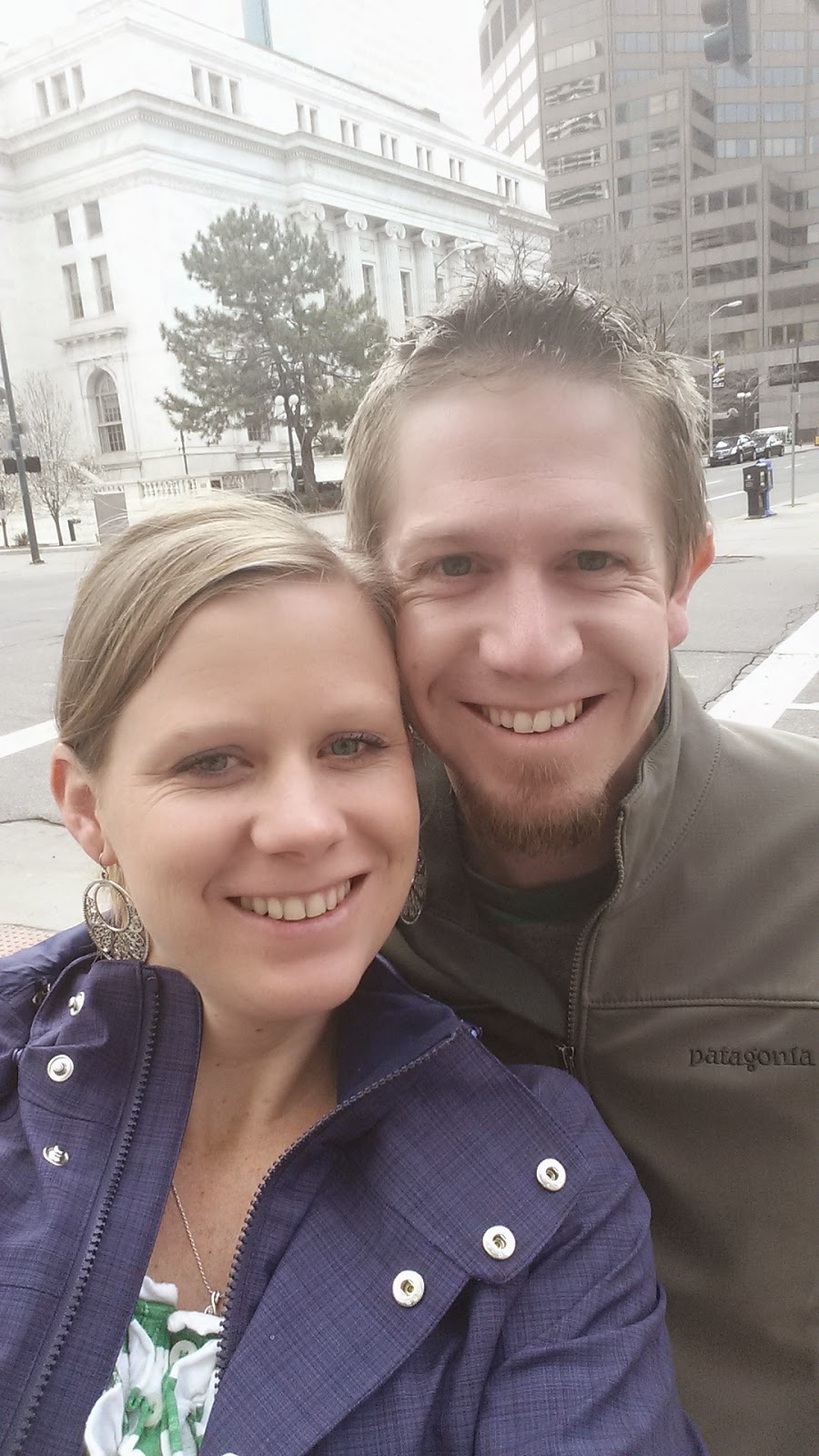 Richard and I married for life! It's a choice and we work at it every single day. Life keeps getting fuller/heavier/busier. (and from watching slightly older families this trend will continue) We've always made it a point to put our marriage first. We fight for time together, whether it's a Friday night date night out on the town, in home date night after kids go to bed, or a weekend away we fight to have regular time together for just the two of us. Despite how busy we are, how chaotic life with 3 boys is, despite the demands of jobs, church and family we always make it a priority to "get away". I would recommend this to anyone. We've just entered a pretty busy season - actually busier than we've ever been before, with a lot bigger demands of our time and energy.
So beginning of last week Richard came to me with a wonderful surprise. He had planned a night getaway in Denver at a hotel downtown. He had planned the hotel and also coordinated with a couple to watch the kiddos for us. I know better than anyone what a huge responsibility it is and the work it takes to come to our house and take care of our 3 boys, and they gladly and willingly served us in that way! Some amazing friends for life they are!!!

This time away was so refreshing. It was perfect. I love downtown Denver so it was fun to walk around with the young life of Denver late into the night like we had no cares in the world. To wake up and stay in bed!!!! without anyone asking you for cereal and milk and cleaning up spilled cereal and milk. :) We had a wonderful breakfast at an awesome breakfast place downtown. Then did a little shopping. (Although I'm pretty sure I totally skipped a season of the whole shopping industry - man, prices are outrageous and clothes crazy! I feel old and weird saying that but this whole having kids and shopping so little has really put me behind the times!).
We came back rested, relaxed and refreshed to happy boys who did great while we were away.

Here's to hoping that night away keeps us going for a few more months!!!!
Posted by Unknown at Thursday, April 10, 2014 2 comments: 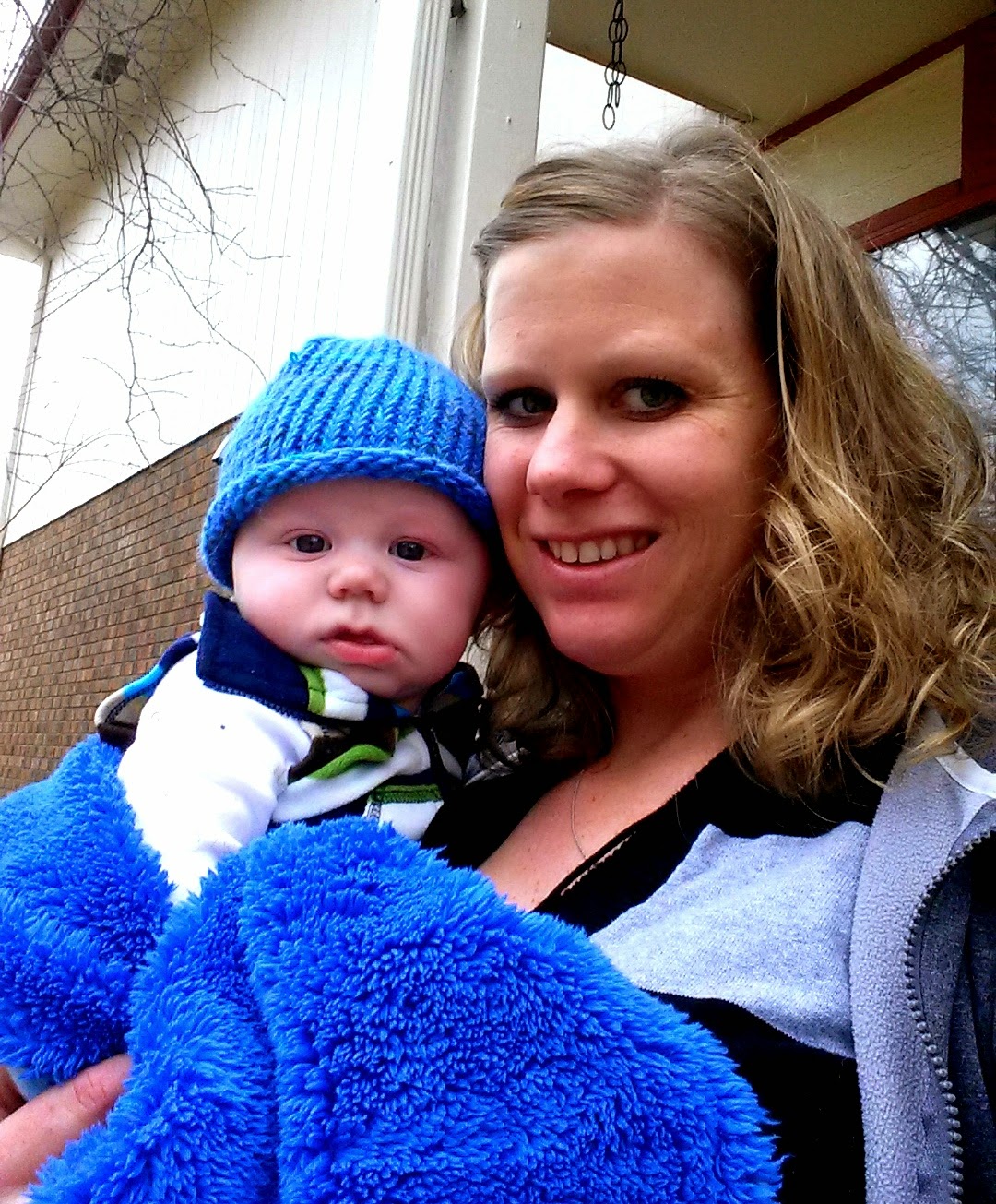 As you may have noticed I've been a little MIA on this ol' blog site! It makes me a little sad especially when I scroll through older posts and I love having those memories to look back on. I don't really know why I've been not posting either. Just not feeling too inspired lately I guess. We have had tons going on and I guess a lot of it I just didn't know how to write about and put it out for everyone to see. WE are going through so much change and full of life lived here. I would love to say I will be posting more and that I will post a certain amount per month but I don't want to put those stipulations on myself b/c I feel the words have to just come and flow and I can't force it!!! So here's to hoping inspiration comes back to me so I will have more memories all recorded! :)

Peyton will be 5 months this weekend! He is such a fun baby for me. He is so chill about things. Always happy. Doesn't seem to be as good or consistent of a sleeper but still nothing to really complain about. I love watching his amazement at his brother's antics. I've started cereal and a few other foods. This guy loves to eat!!! He gets so excited when he sees his bottle or when you're feeding him food, and he can really throw that bottle or food down. I hope he stays that way!!!! He is starting to show such personality. 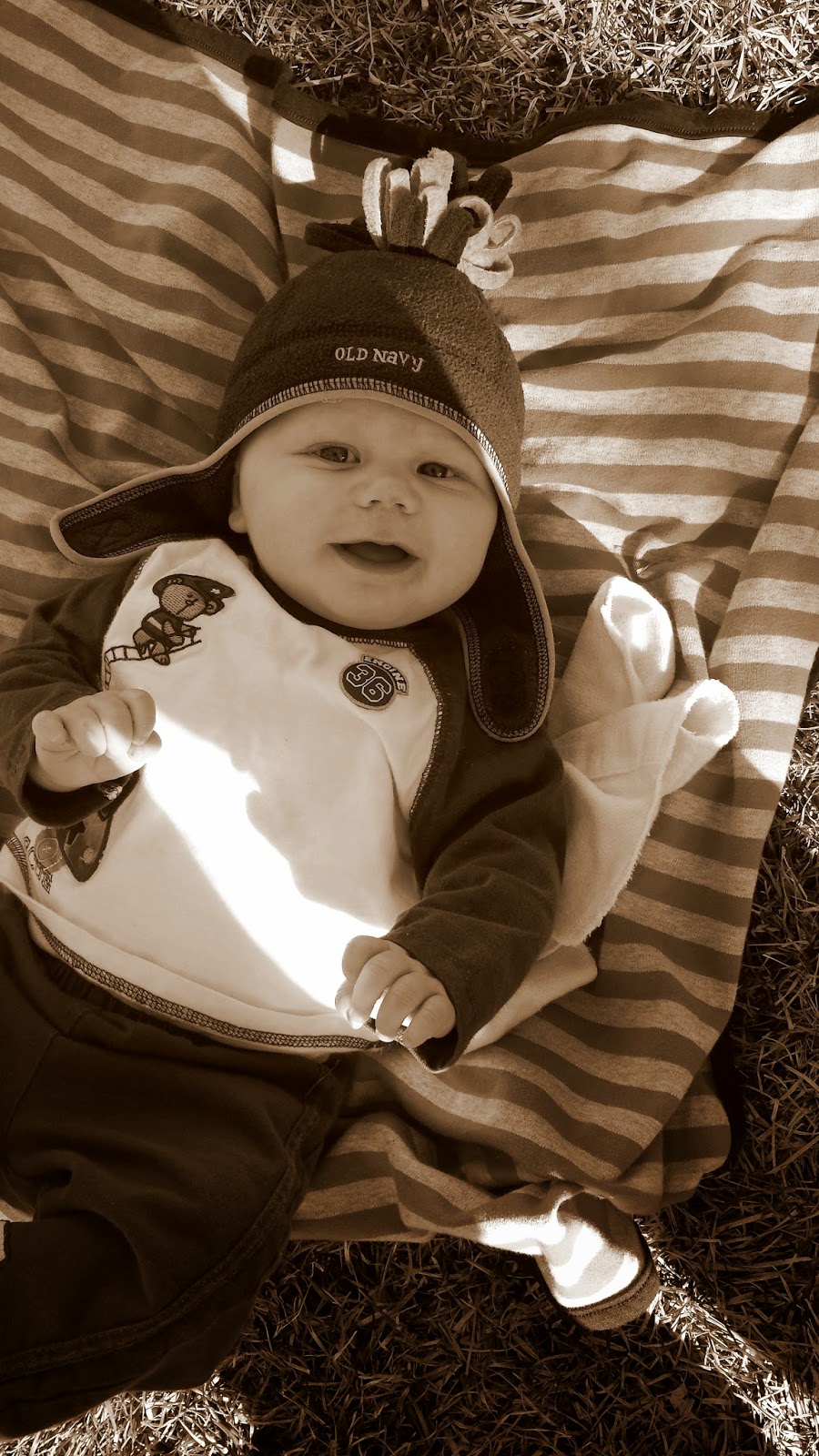 Carson is now 5 yrs old! He had a blast at his party. We did our traditional donut breakfasts on their actual birthday. We all look forward to that. WE had a little lego themed party, although it was very low key. I basically just wanted him to have a bunch of friends over and play and have fun. And he did just that. I think we had about 30 ppl here and our house is not big! But the kids just had a blast. I just did hot dogs, pretzels, chips, pasta salad and veggies/fruit! Nothing big. Richard made the lego cake and it looked so cool. I am a firm believer that you don't need to do a huge production b/c I'm the personality that gets so stressed out about that. I don't do good with huge decorations that I've made and things like that. Some mothers love doing that, and I get stressed out, so I just do simple and mostly try to show my kids how special they are in other ways. I've decided that I love the 5yr old stage. He is so interactive and fun to spend time with. He is independent with everything but loves to have company in doing anything. His little mind is processing things and he's learning about life. It's so fun to watch and interact with that. 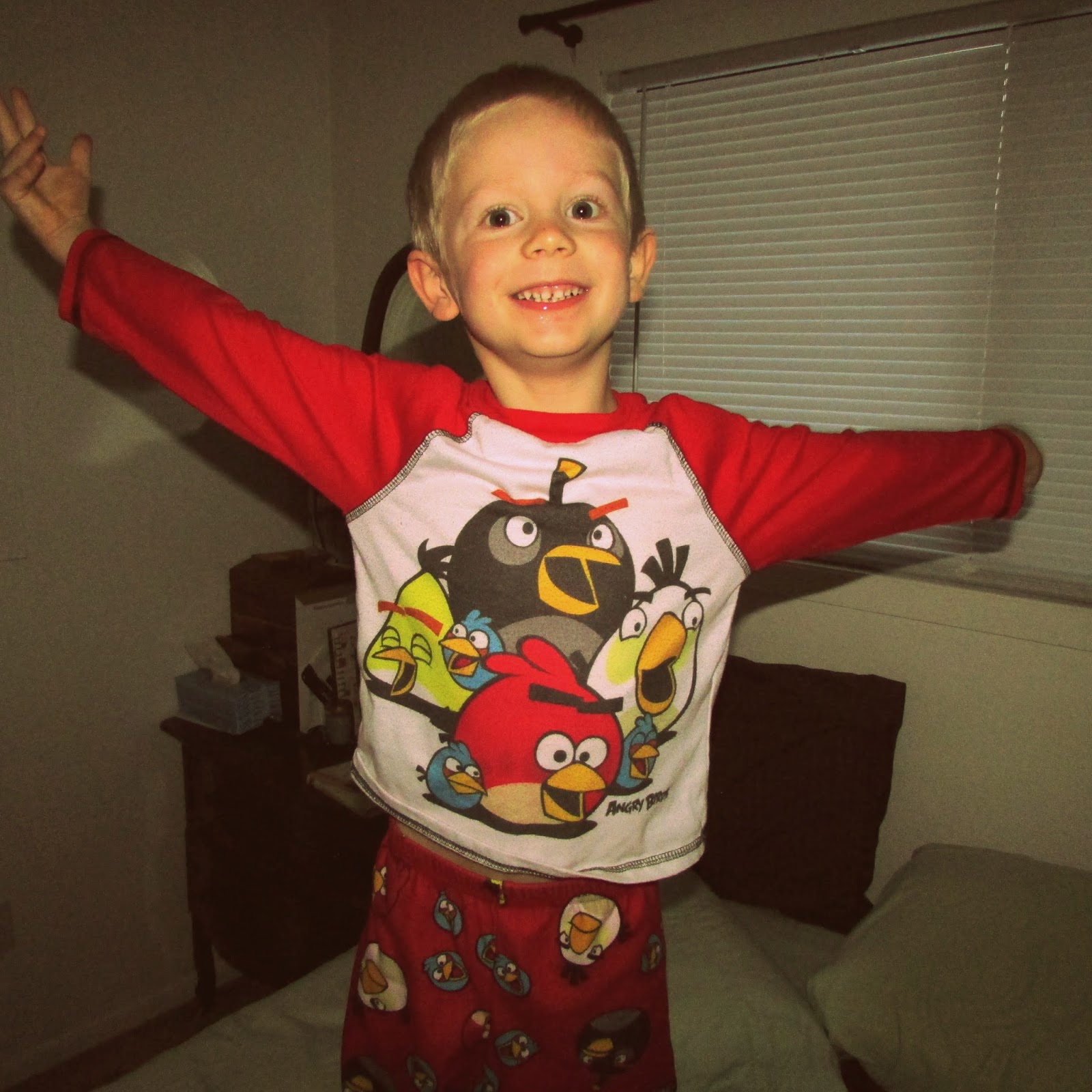 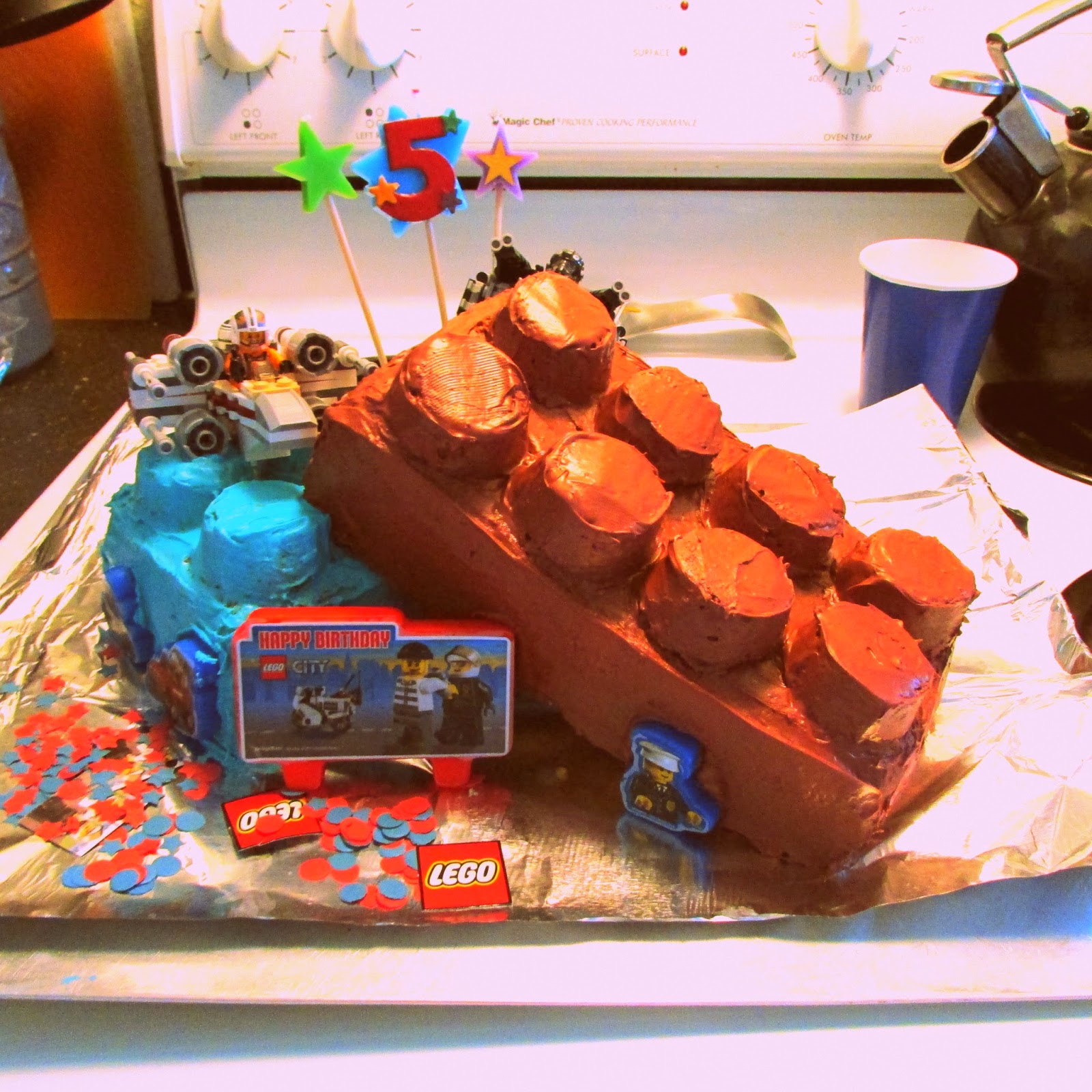 Landon is talking so much. He was always the quieter shy one, but lately he will talk your ear off, even to a stranger or in public. I think he starting to realize the attention he can get that way. Still so goofy and adores his brother. 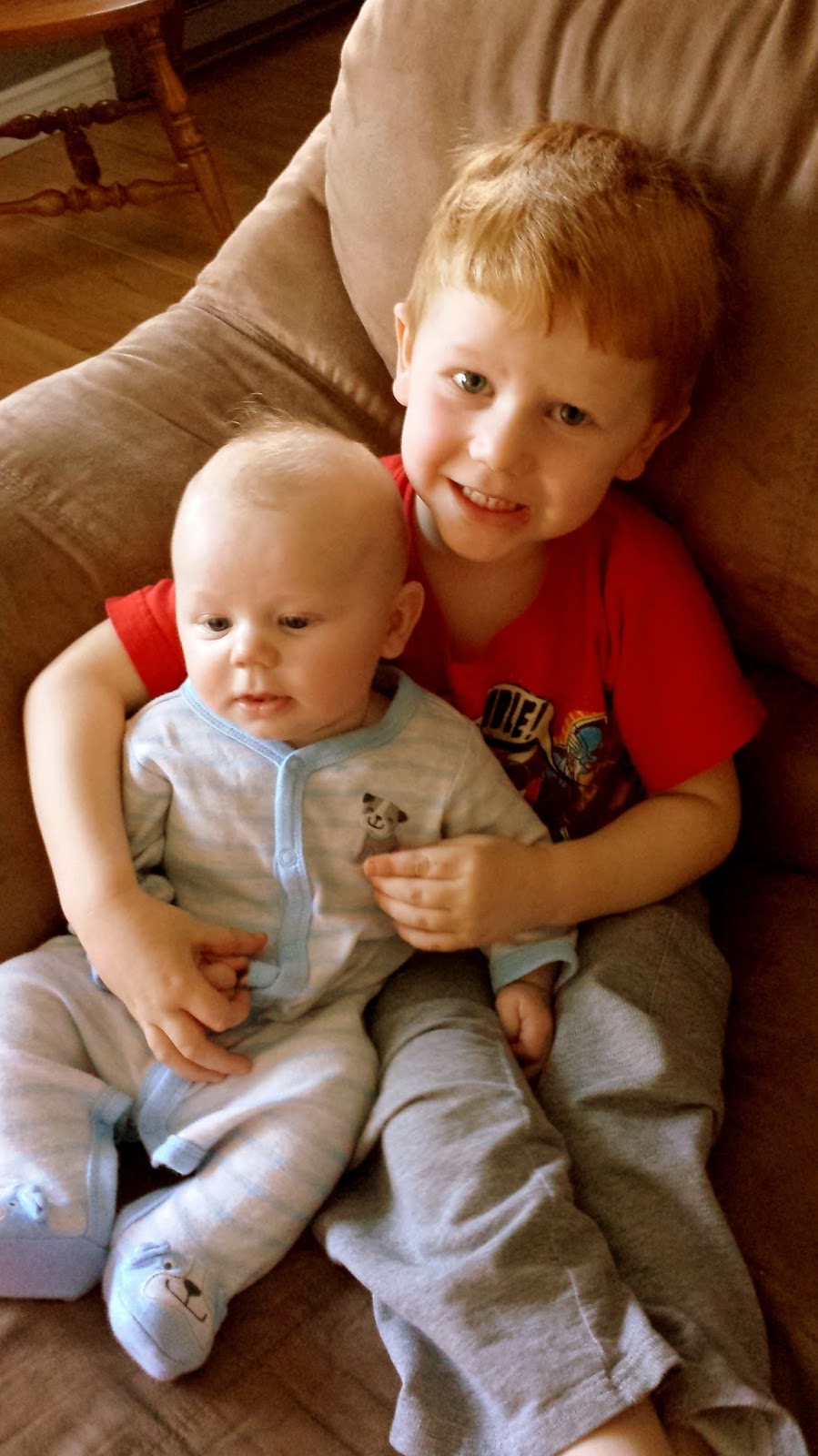 I love watching Carson and Landon be best friends and play together so much. And now Peyton will sit in the room and just watch and follow them and laugh at all their funny antics towards him (which just eggs the boys on more which could get dangerous). They care for him so much and we're just one big happy family of 5 now. :) 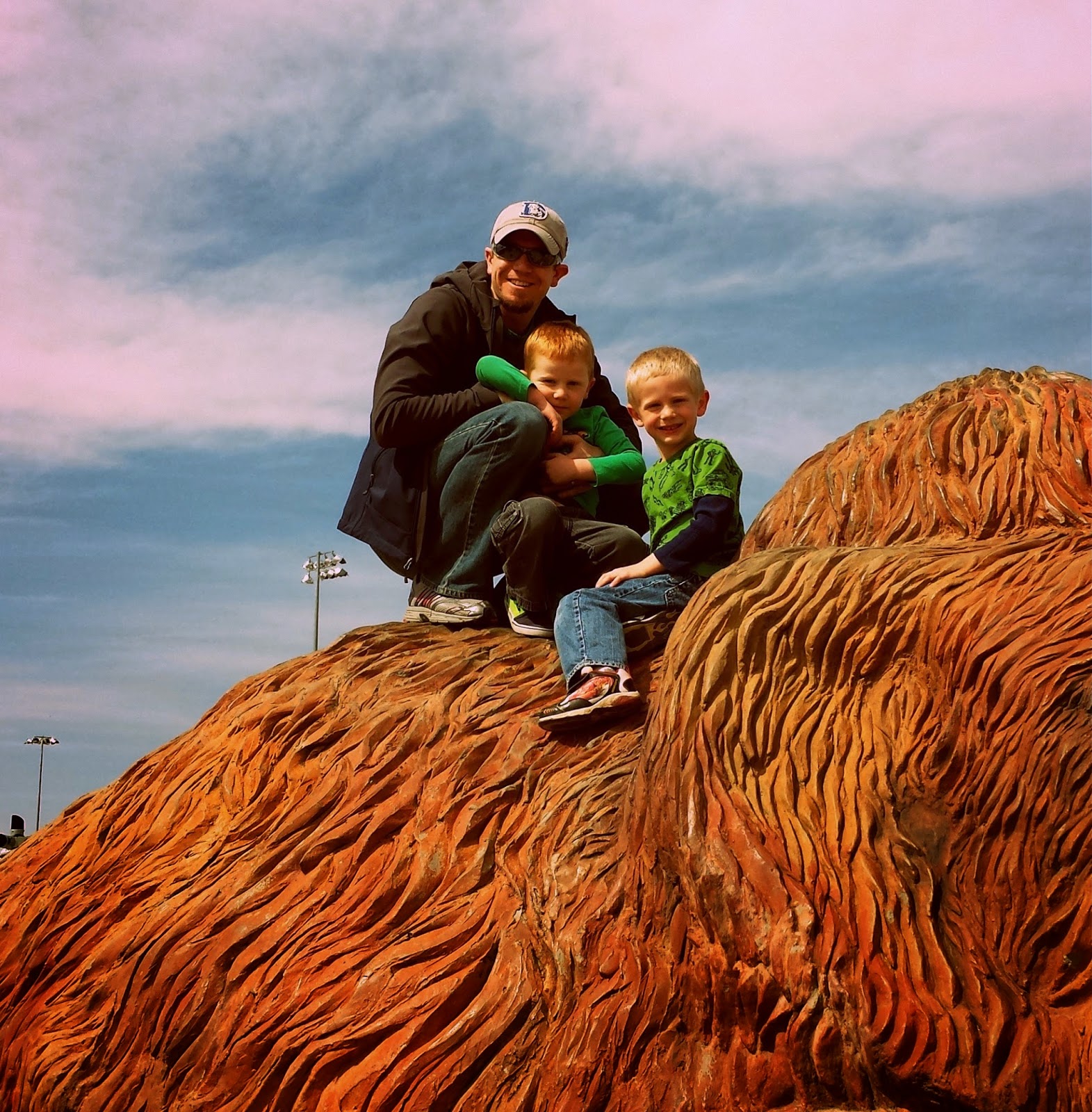 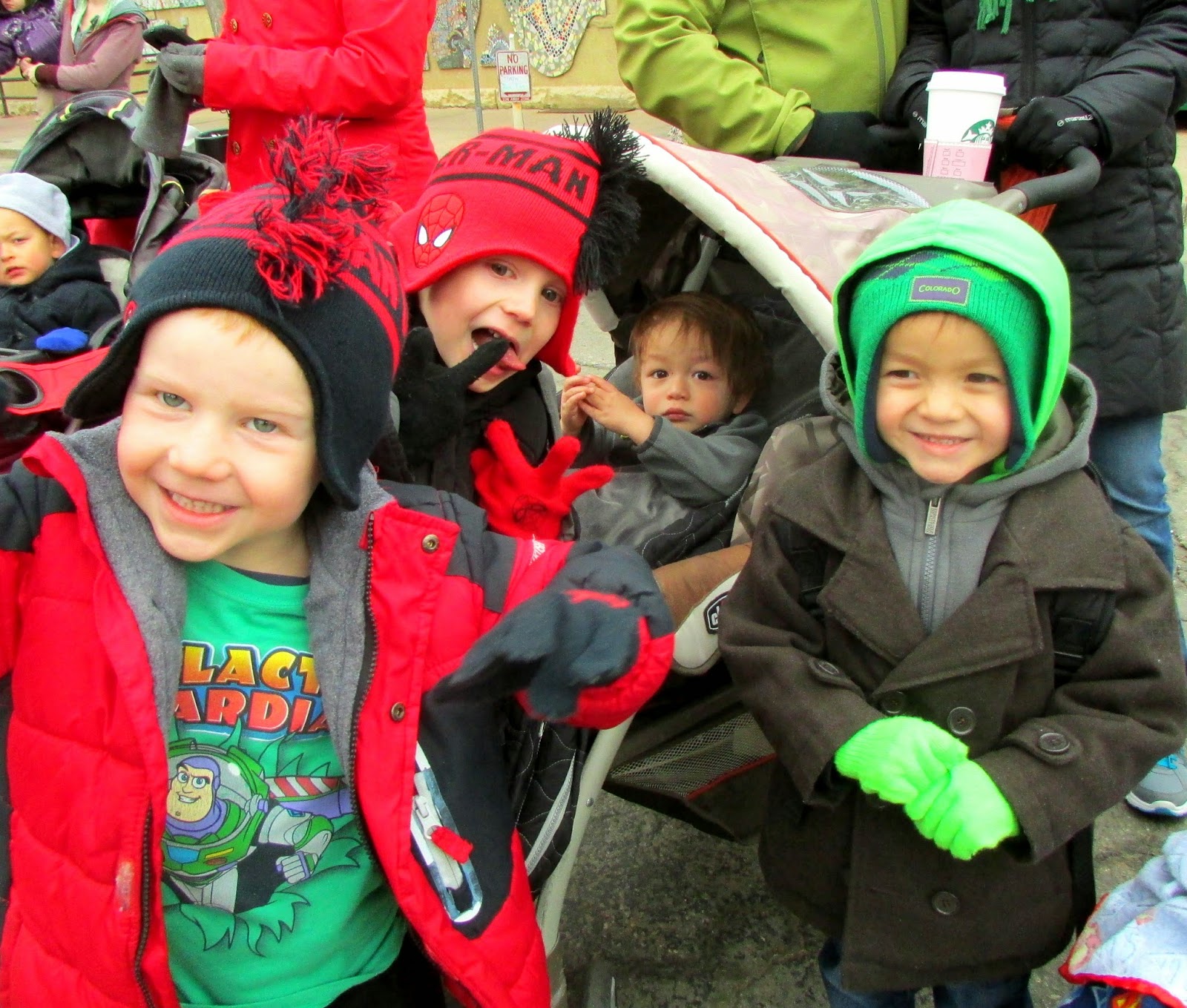 There is lots of change at the church. Richard is taking on a lot more responsibility with being an elder now, but he still also has his full time job. We're really praying through and learning a balance of work, study, church, family, community and discipling. Feels really busy but it's all a good busy. Hopefully there are still some changes coming up as far as making a living goes, but I'm just trying to be patient.
God is ripping my heart apart and teaching me so much about my sinfulness and selfishness in my heart with our new roles. I am humbled so much lately, but then amazed by his Grace that he forgives and loves me the same. And I pray that my heart will be changed to give myself freely and to trust God to provide for my needs both emotional and physical. My challenge word for the year was GIVE and mostly I feel like I am needing to give my time and energy completely serving little kids. Or giving up expectations I have for Richard to free him up to be what he needs to be in the church. Not how I expected to be "giving" this year.

I hope to be back on this more but you never know. Life is exciting and fun and joyful, but there are hard things too. So I need this outlet to process things and then keep memories.