I feel like I blinked and it's already the end of January - I think this month went faster than the holidays. All the holidays were over and poof so was January. I can't even think about what we did either.
After I recuperated from the holidays and got my house back in order and the company gone - I started watching a 6 month of Baby girl. I have her 4 days a week, 8 hrs a day. It's so fun having a baby around. She is pretty relaxed and easy going. She did take a little bit to get used to a new nap place and schedule but is doing well overall. And really the boys are such a big help and she loves being entertained by them. So I guess that has kept me busy getting used to a different routine. 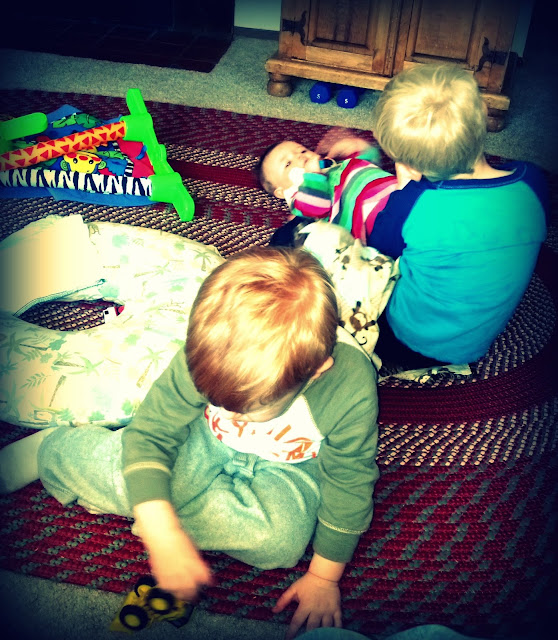 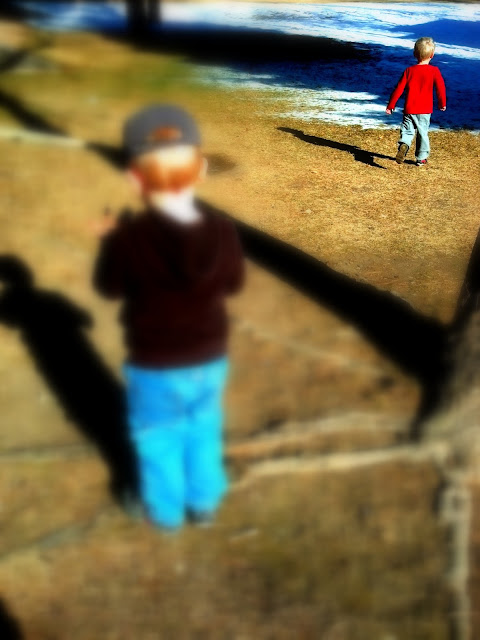 The beginning of the  month started out very cold and freezing and we were cooped up inside for a long time (especially compared to normal). But now the temperature has warmed up to temps that we can spend some time outside during the day. 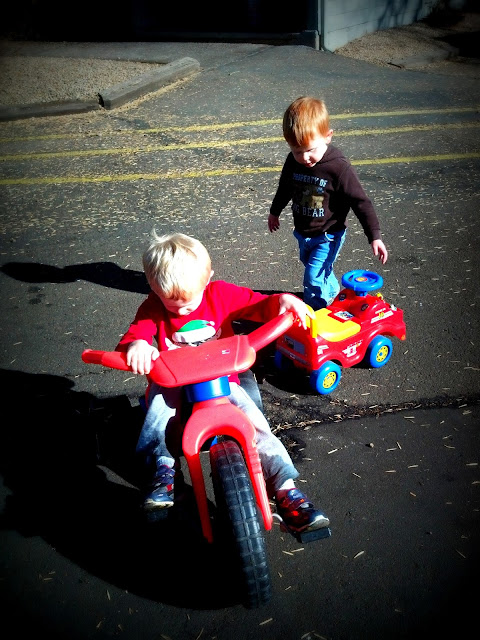 I love the stages my boys are in. (at least when things are going smoothly) They are crazy, rambunctious, full of energy, constantly moving and wrestling and jumping and not obeying what I say. But what can I say - I love it. Come Thursday night (the last day I have the baby) I am so tired! In fact I've shown up to life group completely exhausted and in tears practically the last few weeks. But when I am rested (at least a little) and refreshed and thinking clearly again - I don't want my boys to grow up. 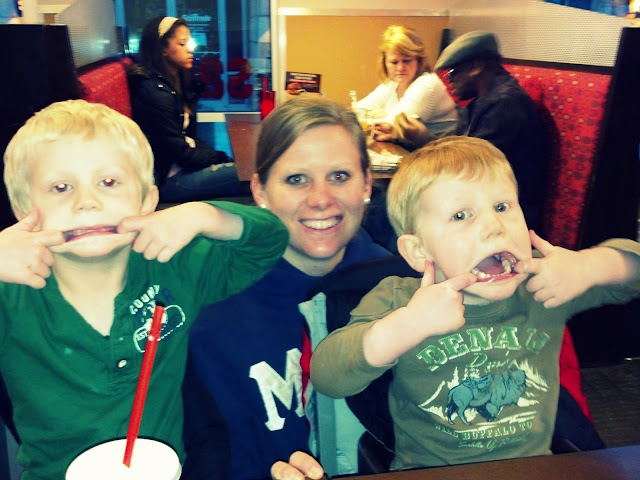 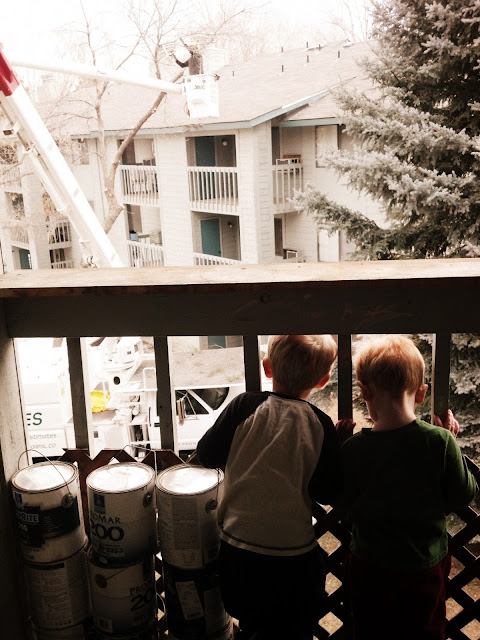 They say the funniest things. Carson is so smart in his conniving and trying to talk you into things that he wants to do. It's so funny to see his mind spin and how he thinks. Landon is a total goof ball!!!

He talks non stop (so now I have two talkers) and is potty-trained. Although he will have an accident here and there - he is doing really well. (In fact Sunday night at a friend's house he happened to have two!!!!!!) I cannot believe how ready he must've been b/c he got it so fast. And nothing is cuter than little boy's underwear and bare legs. :)

We have filled up our weeks with cleaning, child rearing, baby sitting, community living, running, getting involved in people's lives as much as we can. It is so true the saying for moms, "the days go by so slow, but the weeks or months fly by". Some days I feel like the day will never end and then all of the sudden it's the end of Jan.
So that's a little update from over here in Fort Collins and the Gardner Clan. Maybe February we will have more to write about.

I even love just reading about your routine! Every moment is important in your life and you are doing a great job!! Keep up the good work!