Landon - my dear Landon!
Such a precious little buddy, so easy going and corky and funny and goofy. But cuddly and loving and shy at the same time. I love that he only shows his true personality with people that he feels comfortable with. I love the contrast of this from his brother. He is a sweet little guy - and full of life. Very reserved at first - but once he knows you he is goofy and funny and a show off.
He imitates literally EVERYTHING his brother does and says.
Today at his doctors appointment he is way beyond the normal level with communication. It was incredible to see from a year ago when he started to fall way behind in that area, and now to see how far he has come!  He literally says everything to me, pretty much complete sentences with correct pronouns and prepositions. A lot of times I do still translate for other people but that's to be expected. Some of the sounds he says differently Like "c's and g's he says as "t's". But that's pretty normal.  I cannot say enough about how thankful I am that we did speech therapy with him. He has blossomed into a cute little guy that talks non stop now. :) He absolutely loves his brother and father. I can't get over how much he loves their company and when they do stuff with him. I hope it always stays that way.
He is a little stubborn guy - but I find he gets away with more b/c he's so funny and goofy while he's being stubborn. That's probably a bad thing.

One funny thing that happens between the two of them constantly - whenever I ask "who did that?" or something like that - the both answer that the other one did it, immediately before they have time to even think about it. Or "who wants this" they always say the other one's name immediately. It cracks me up!

While we were in Grand Junction last weekend we took the opportunity to celebrate his birthday with family! It was a great time and I think he was confused that it was his birthday for like a week straight! 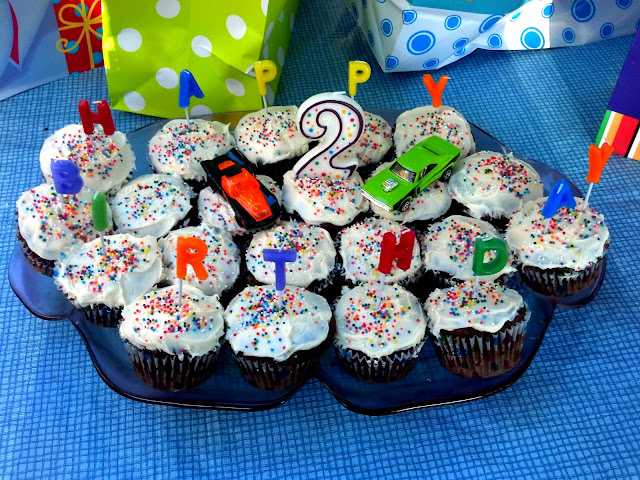 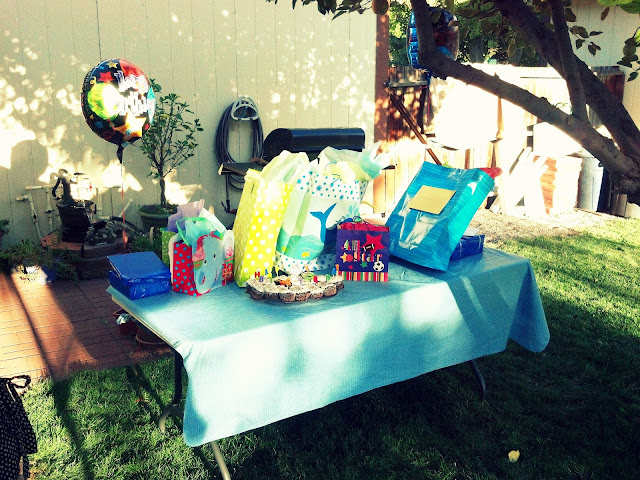 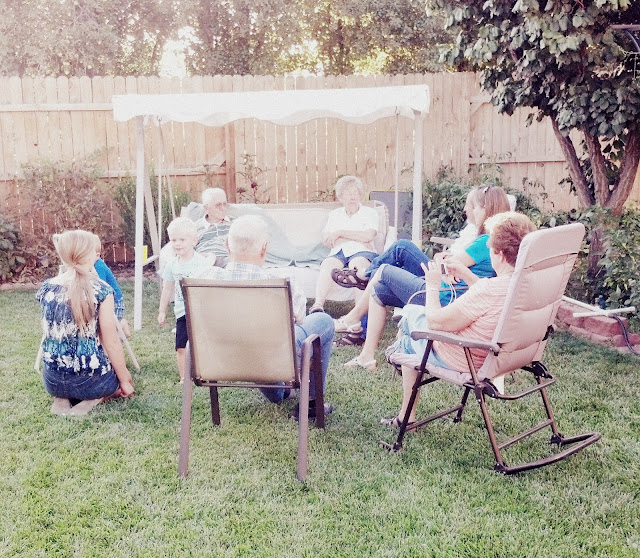 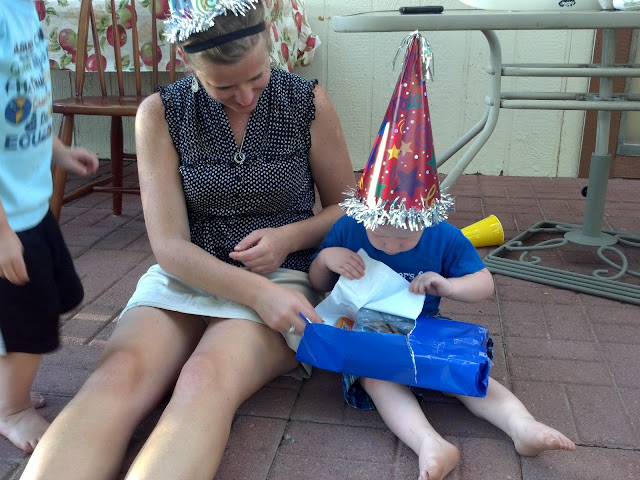 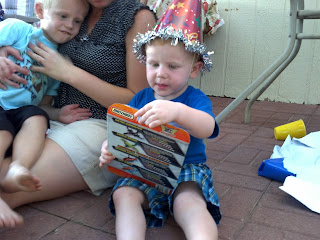 I had a proud momma moment this night b/c he was awesome opening his presents
He was so happy and surprised and pleased with all the gifts. Gave awesome reactions for all the family to appreciate. And he even went to everyone and thanked them when I asked him to. Wow! That is a miracle and I did enjoy it and burn it into my memory b/c it was rare! 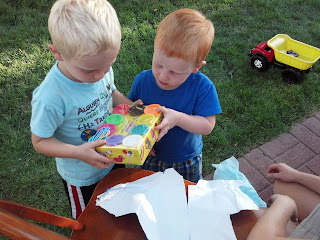 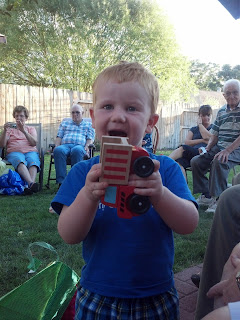 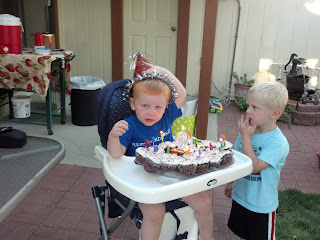 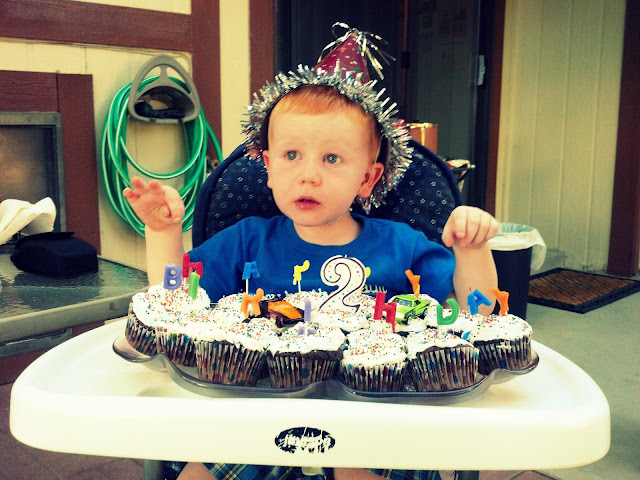 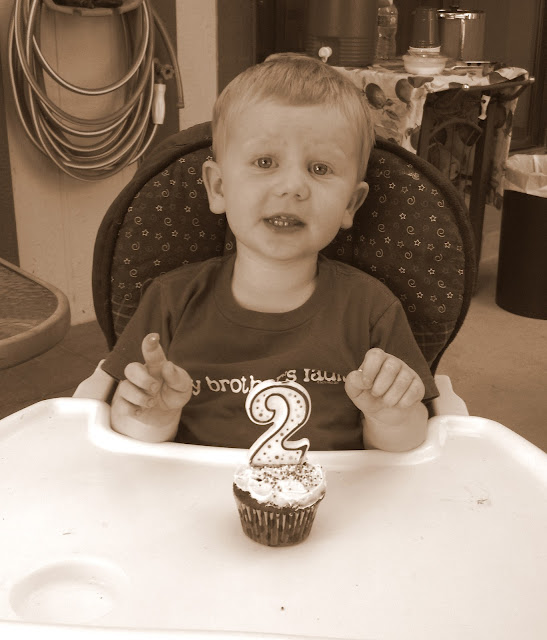 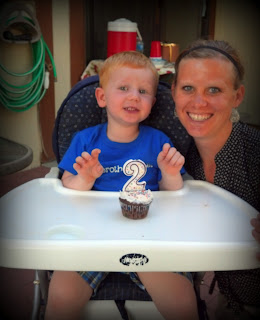 One of the traditions we have tried to do with our kiddos is the day of their actual birthday take them out for donuts. So on September 8th guess what we did. Woke up super early and headed to the only donut shop in town! (and we were lucky to be able to enjoy it with Grammie and Grampie too!!!!!) 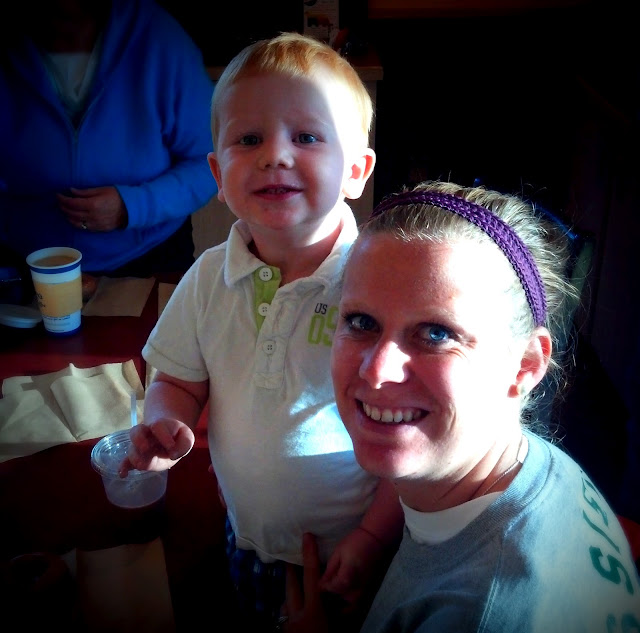 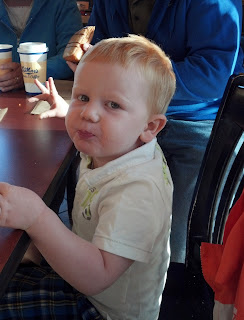 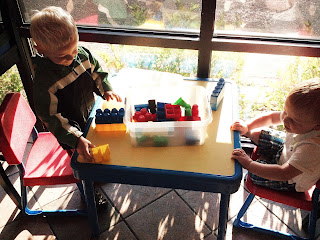 The night of his birthday he asked for Pizza ( I think he basically says anything I offer first :) )
And Gramie couldn't go without him having a cake on his actual day! So of course we celebrated his birthday with cake one more time. :) He had a great day! We all made him feel extra special and really were just all so happy that Landon is part of this family! :) 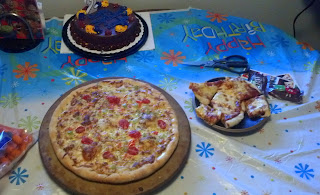 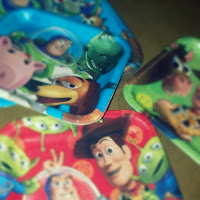 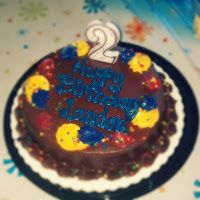 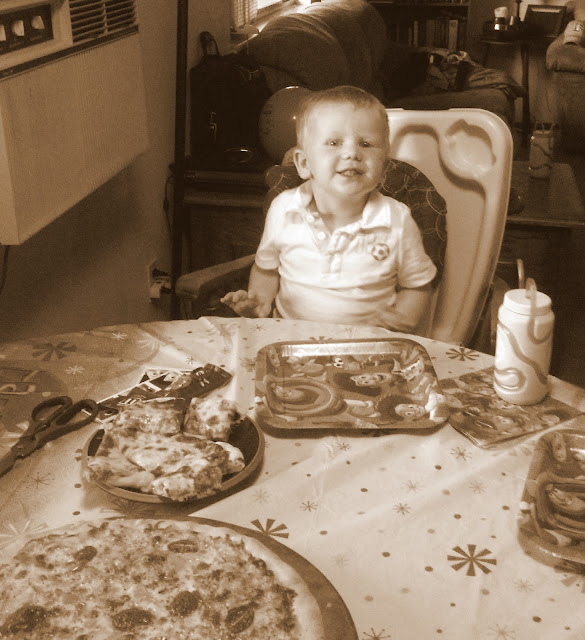 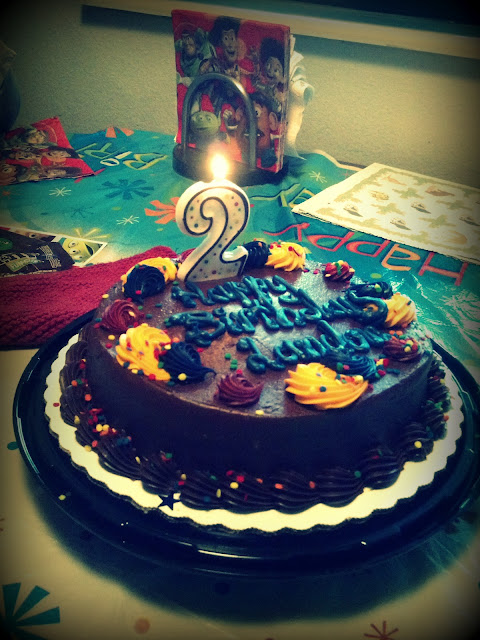 I loved reading about Landon's birthday celebration in Grand Junction, and then reading about his actual birthday, even if I was here with him this year! He sure is a cutie and we're so glad he's part of our family too!:-)

I loved reading about his birthday celebrations!! I wished I was there. I also wish that I new those things or could get to know Landon the way you explained him :-). He is one cute kid, cutest redhead nephew ever!!! Happy Birthday, Landon!!!