Here in good ol' Colorado there is a tradition among many to go and watch the elk fight each other and listen to the male's bugling calling for their "woman". hahahaha

It's something that I wanted to do last year but we didn't have a chance, so this year I was determined to go and see them.  Sunday afternoon we drove up to Rocky Mountain National Park and drove to "the meadow" around dusk or a little before and just sat there with a bunch of other random people waiting to hear the elk and just watching them.  It was amazing to see so many elk in one meadow. There was quite a few bulls out in the meadow and a bunch were big and had there harems. Just after the sun went behind the mountains they started to do their calling. if you've never heard it before - it's so unique and amazing and hard to explain and totally unexpected to come from such an animal.

It was so cool to sit there and hear them calling. See the "cows" (female elk) wandering around, then watch as a different bull got close to it, the "master" chasing it away. So neat to watch them move about the meadow in their clans and how the bulls protected their harem. Far in the distance we saw two bulls fighting each other. And after it got too dark to see we could tell another set was fighting - and you could faintly hear their racks clanging together. 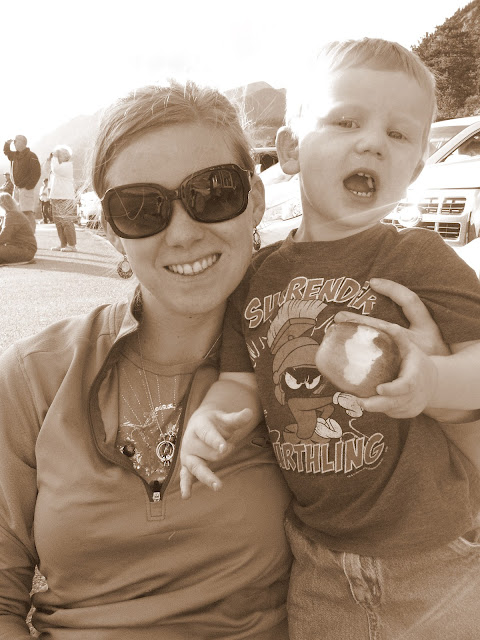 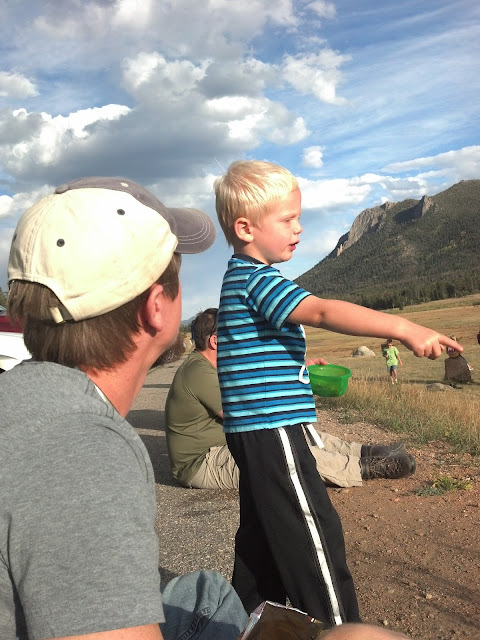 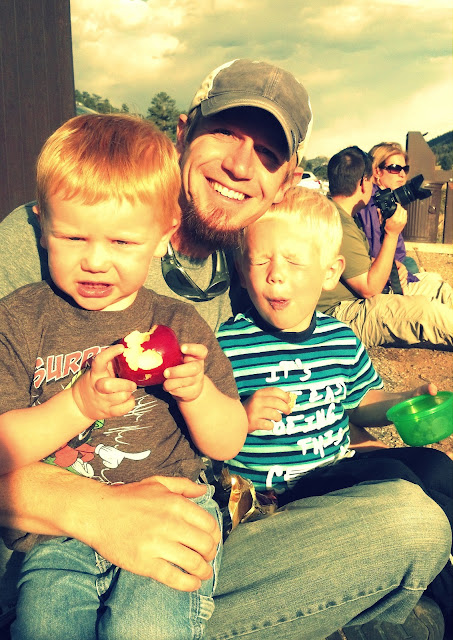 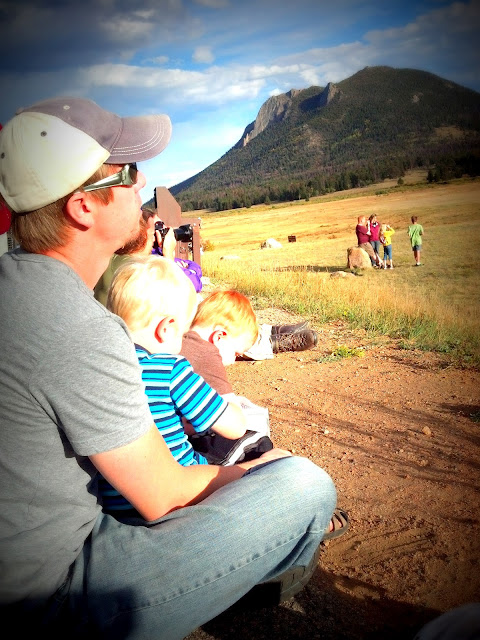 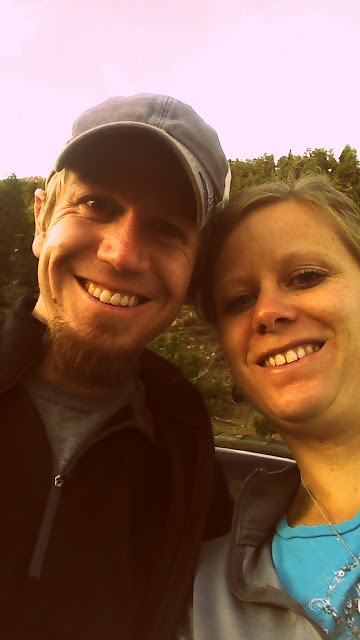 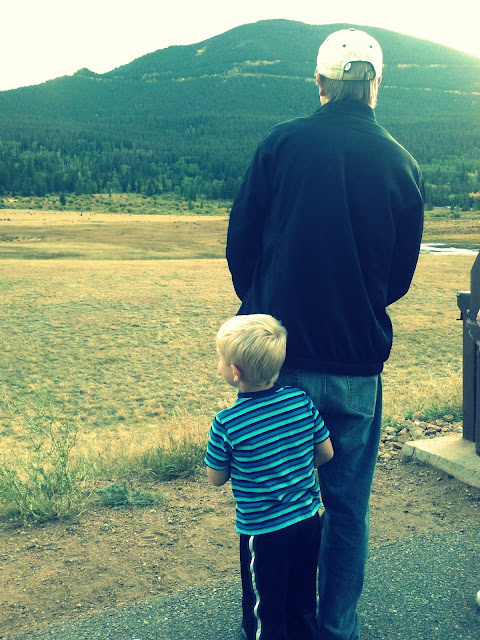 So cute to hear Carson get so excited to see them walking about. Almost every time one would bugle Carson and Landon would both imitate it, and they were pretty close. even the people around us were amazed at how close it was to the actual noise. 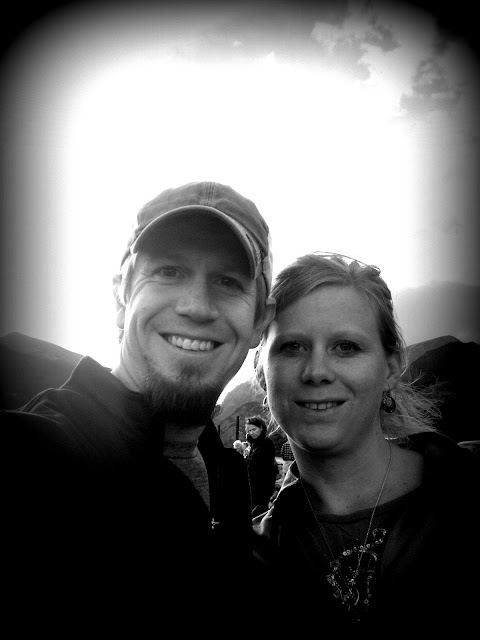 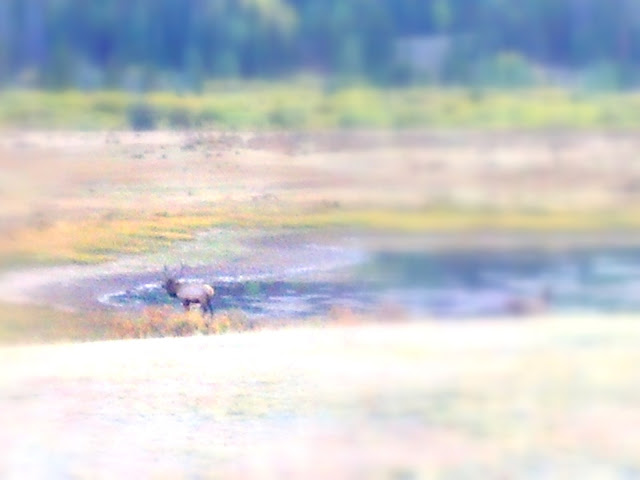 If you're interested at all - here is a link to a short clip on you tube of an elk bugling so that you know what it sounds like. :)
Posted by Unknown at Wednesday, September 19, 2012

Wow, your up on all your terms about what was going on :-) What a fun family thing to do!! Cool