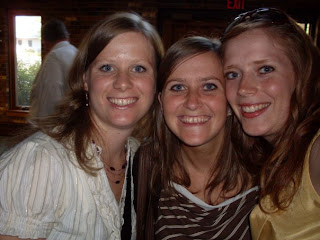 A week and half after I got back from the big CO trip, Carson and I left on another excursion.
We left on weds afternoon and traveled 3 hrs (My dady came and picked us up) to Altoona and stayed the night there. We were planning to leave early, but because Carson woke us all up earlier (3AM!!!) we just all decided to pack up the car and started our 15 hr road trip to NBBC, WI. My parents were so helpful and they had to drive out there to take my brother JEff to his 2nd year of college and they let me tag along. Needless to say I was pretty nervous about the 15 hr car ride with Carson, but he did great. Unfortunately I think it messed him up for the rest of the trip though.
We spent a night near NBBC, then after dropping JEff off we drove and hour and half to Rhinelander WI for Helaine Rozelle/Demarte's wedding. Again it was a privelege to be in her wedding and we had a great time. My parents were there and I seriously don't know what I would've done if they hadn't been there. They did such a great job watching Carson for me and I appreciated it so much. (because of the nature of the trip, I didn't have any bottles to give Carson so that added a new pressure to being in a wedding too). I'm sure they loved it, but they helped me out so much watching Carson for me. 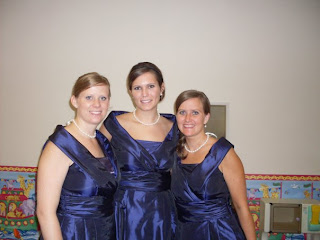 Then the night after the wedding we drove 4 and half hrs to Minneapolis MN to visit with Juli ( my sister) and see her place and church etc. It was so much fun to see where she lives. We live so far apart that we don't get to see eachother too often and it was so much fun. 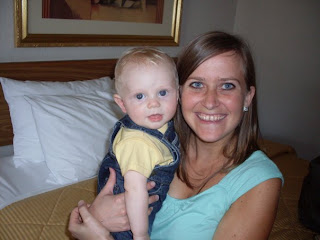 On MOnday (Labor day) I got up super early and flew home to be back with Richard. I was super nervous about flying by myself with Carson, and he had done pretty poorly on the trip so that made me even more nervous. But he did great again. Not as good as when Daddy was with us, but still manageable and didn't bother too many people with his screaming. :-)
Poor Carson slept in a different place every night and rode so many hours in a car, and his schedule was different every single day. So I guess taking all that into account, he did good. But it was pretty hard on the mother at nights especially. He jumped right back into routine though once we got home.
I had a great summer of travels but am thankful to be home for a while now. :-) We missed Richard while we were gone too.
Posted by Unknown at Tuesday, September 15, 2009