I can't believe it!

I've been a little MIA lately on the whole social network realm. And I have a perfectly good explanation. It's been a crazy few weeks around here which I will go into detail later. But for now - I cannot forget to blog about my Firstborn.

On March 23rd he turned a whoppin' 4 YRS OLD!!!!!!!!!!! Did I just write that. I cannot believe I have a 4 yr old. (I know every single mom says this every single birthday -  but it really is such a true feeling) (I hate saying things that everyone says, but this one I can't help saying the cliche thing. :) )

Admist the choas that last week was, I wanted to make Carson's day extra special. And we woke up to a huge snow storm. We got more snow this storm that we had all season. It was a cold cold day - but Carson didn't even notice and I hope he felt special.

Our tradition is always to wake up and first thing go get donuts at the local donut shop. I was looking forward to this day all week. :) 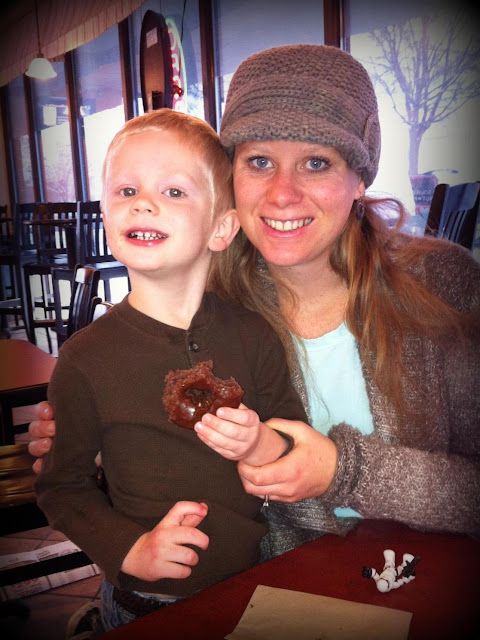 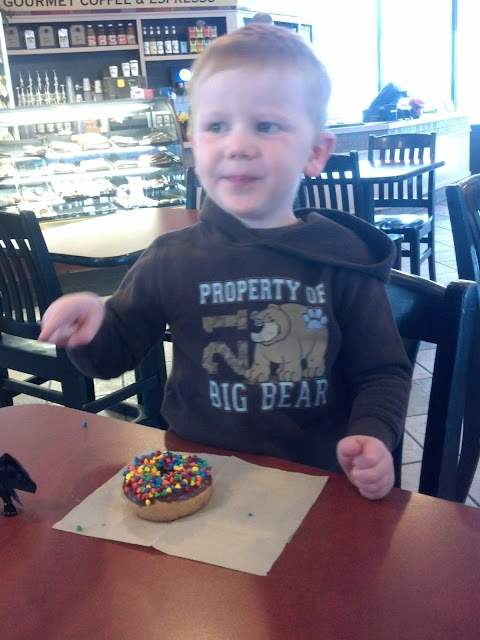 Then we just went home and hunkered down for the day. We were having a little get together that evening. I made chili that cooked all day long and was the perfect thing to have at the end of a snow day with friends. We had an angry bird theme for him. B/c he is obsessed with the game. That's the VERY first thing he says to his dad as he walks in the door. "Can I play angry birds on your phone?" Richard doesn't even get a hello or happy to see you. Just Angry birds on his mind all day long waiting for daddy to get home. Not as many people as had originally planned on coming, actually came, but that's ok. I know Carson still had fun and I hope that he knew how special he is to us. 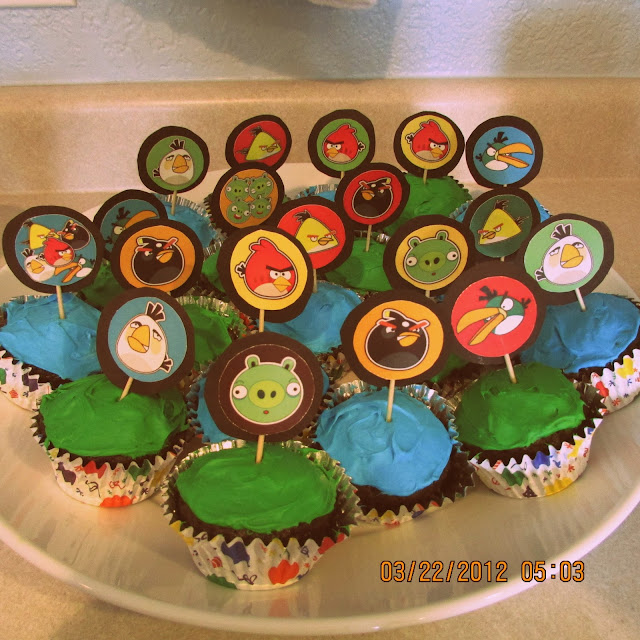 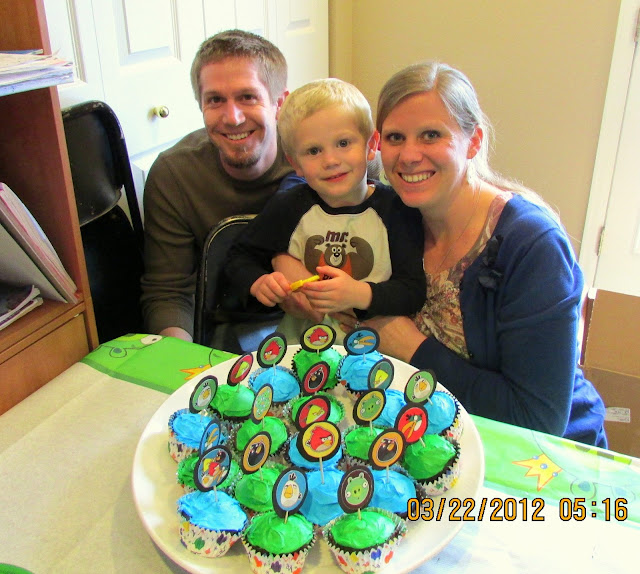 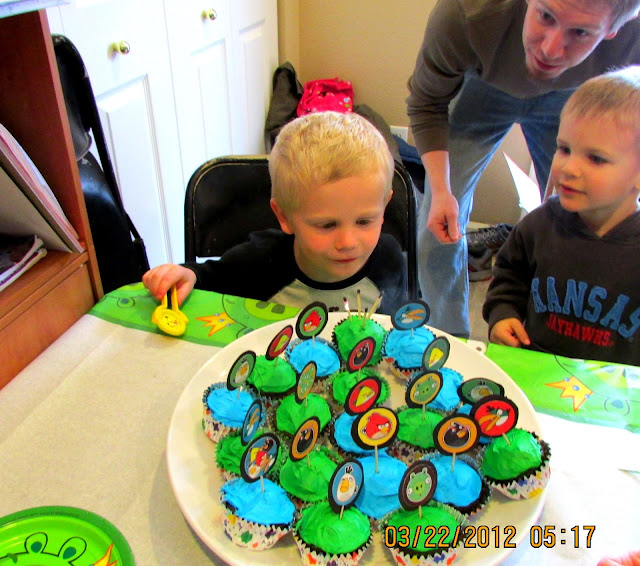 We did the party pretty low key and not many fancy things. But that's how I wanted it. And he was just happy to get angry bird tattoos and balloons and eat cupcakes and play with his friends for a few hours. :)

This little boy will forever hold a special place in my heart. Him coming into my life changed me forever - He made me a Mother! I am changed forever and continually changing. I love this little guy with my whole heart. He is so much like me in many many ways. He is such a people person. He lights up the room when he walks in and really just loves life. He's proving to be very athletic and coordinated. So we hope to start giving him some outlets in that respect. Letters and numbers and other learning things tend to take more patience than he has so he's shown little interest in them. But I'm already seeing some improvement in that area. He loves imagining games and shooting bad guys and crashing cars, throwing anything. HE'S FULL OF LIFE and I love that about him. He's very passionate about life. And he's either SUPER SUPER happy and excited or super super any other emotion. All or nothing.
I can't wait to see what the next four years hold with him. :) He makes life so exciting and fun and hoping.
We love you Carson William Gardner. 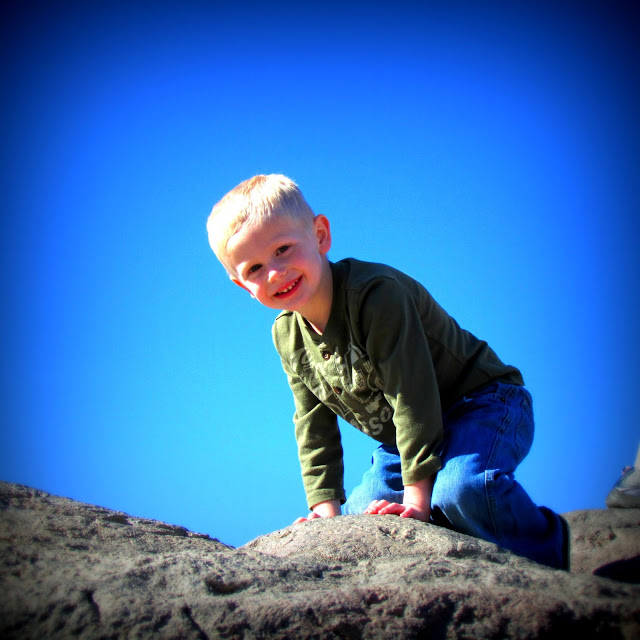 I love that picture of him! I remember when he was born...just a few months before Ethan. We miss you!

aww I remember seeing him in his little incubator at the hospital and telling you jaundice is awful on new parents but doesn't last forever:) still praying for you friend!

I was waiting to hear about the party officially so it was good to read this! I can't believe he is 4 either and I'm glad he had such a fun day! I loved the pictures too!!