Going on a mission 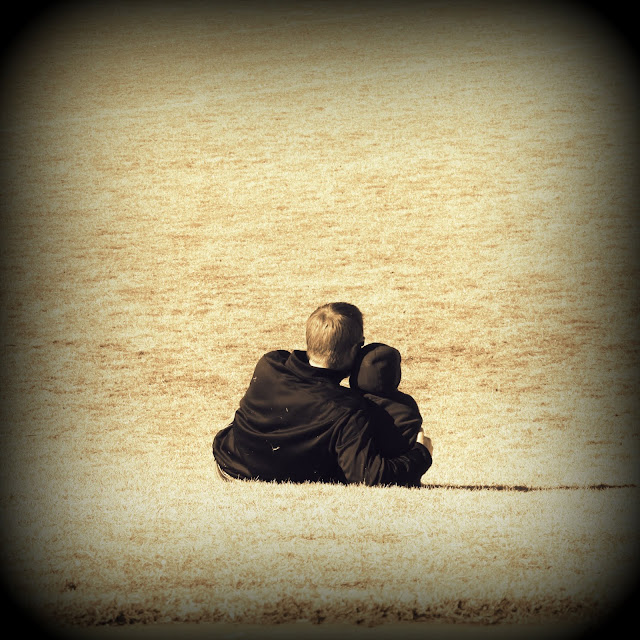 Here is one thing I want to remember and never forget about this stage of my boys. Most parents can attest to the fact that sometimes it's hard to get your kids moving, to get them to get in the car or walk with you. Especially if it's 9 at night and they are tired and a little cranky. Well, Richard being the coolest dad around started playing this game with them. And the boys love it. (He is way better at thinking of fun things like this to play to get them to obey)
He tells them there is a mission. We have to jump into the car and rush home. We have rocket boosters on our car and we need to watch out for the bad guys. The boys absolutely love it. Their little imaginations are great and basically anything Richard says they run with. "hey

daddy, there's a bad guy behind us" Rich says, "ok, we'll turn and they will be tricked. phew, we tricked them, we lost them". boys, "yeah, good job daddy".  Literally the whole way home they play this game. Landon says, "Daddy, there's bad guys beside us". Richard says, Shoot at them. Then we hear Landon make gun shooting noises and tells us he successfully took care of them. The funniest thing happened last night, and it's probably something that you had to be there, but I don't want to forget. There was a car in front of us and Richard slows down and starts telling them we can't let them see us. He says, "duck so they can't see you". And both boys at the same time, dip their heads down and duck as far as they can in their 5 harness car seats and stay there until he says they look up again. It was the funniest thing.

Also - they love to go on hunts. Richard will play "going on missions or hunts" with them throughout the house. We have to turn out all the lights and they put little head lamps on or flashlights and the run around the house doing special ops and shooting people, and dropping and rolling and "keeping mommy safe".  So if you ever come to our house, do not assume no one is home if the lights are off - we could just be on a mission. :)

This is so cute!!! Is Richard that guy from the movie A Beautiful Mind?? Maybe in his kids minds!! :-) Anything that works and makes it fun is the way to go! Keep these memories safe forever!!

That's adorable AND so creative! Love it.