Camping on the Grand Mesa

One thing we promised ourselves we would do as much as possible once we moved to Colorado was go camping!!!! Richard being from Colorado just couldn't bring himself to camp in the woods in the East b/c of the humidity and the fact that it doesn't cool off much at night.
Let me just say that Colorado has some beautiful places to camp. It's the perfect thing to do with our little family. We all love being outdoors. I love seeing the boy's faces filled with excitement about the prospect of sleeping in a tent and getting to use a fire to cook our food. There's something to say about boys and fires, for sure! 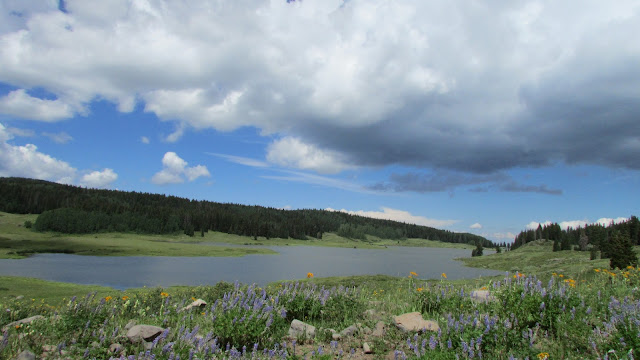 This time we drove 6 hours over the rockies to a place known as the Grand Mesa, a humongous flat top mountain that is filled with lakes, located on the western slope. (which ironically no one knows about, except if you're from that area).  We met Richard's parents there and his brother with his family. We got there about noonish. Set up camp, ate lunch, and then went fishing. All the kids had been anticipating going fishing so much. We had bought the boys little fishing rods. The fishing wasn't too good sadly. I think it was a little disappointing for the kids. Grandpa caught 2 fish later in the evening after supper but that's all the fish that were caught! It was crazy! It could be that the kids were being very loud and throwing rocks in the water that didn't help our situation. But the kids even got to see 2 bears in the evening which cut a fishing trip a little short. :) But they keep talking about it! :) 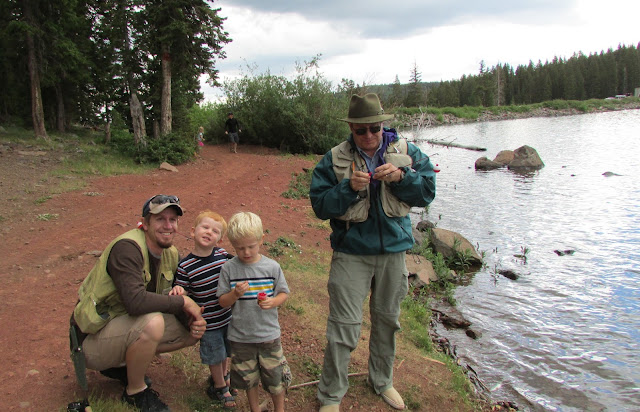 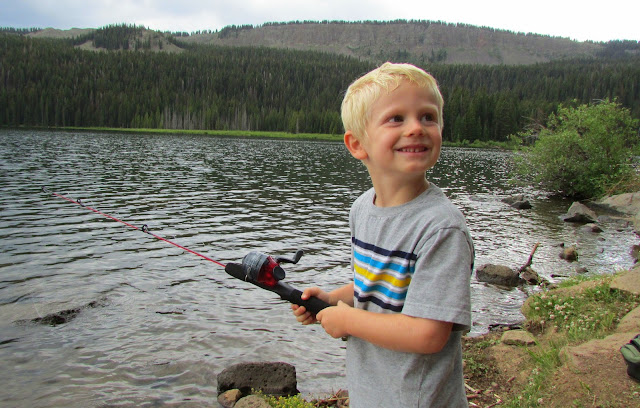 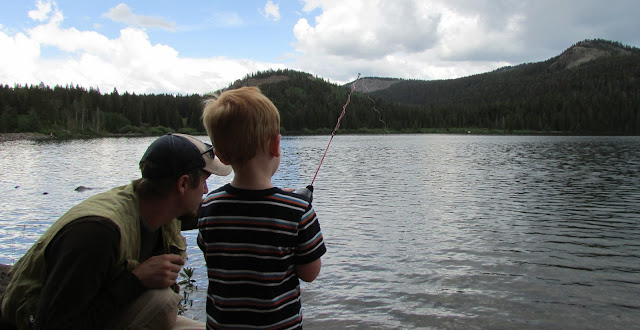 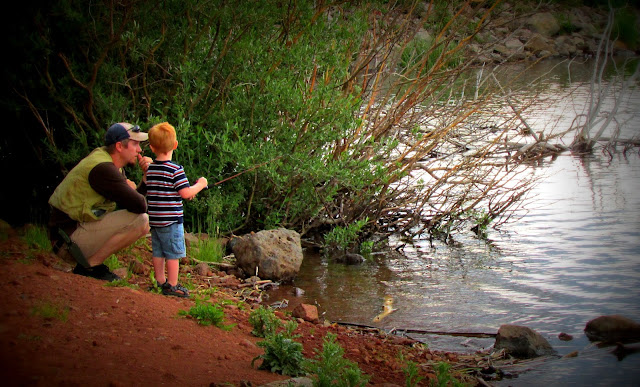 We all split the meals up and we ate like kings. :) It's easy to do that when you only camp one night. I think my favorite part about camping is waking up, starting a fire and warming up by the fire, making camp fire coffee and cooking a big breakfast. Mom Gardner made a huge breakfast - with pancakes, eggs, hashbrowns, bacon and sausage!!!! It was awesome! 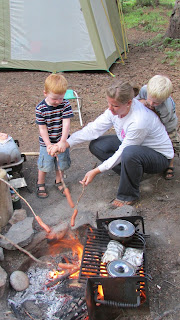 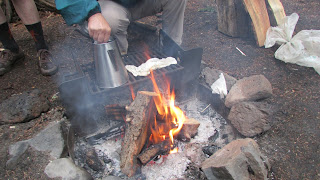 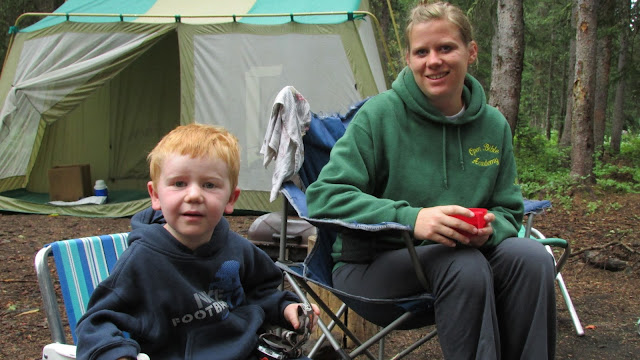 It was just a wonderful time! The kids loved exploring the woods, camping, throwing things in the water. Carson got pretty good at casting that morning after! I was impressed. too bad he didn't catch anything that would've been even more exciting for him. Landon fell into the lake, of course! I knew he would do it before we left. It's just what he does! :)
I hope we can keep it up as a tradition. :) 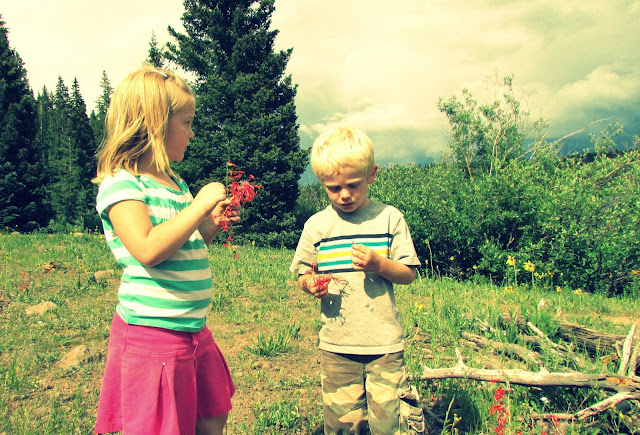 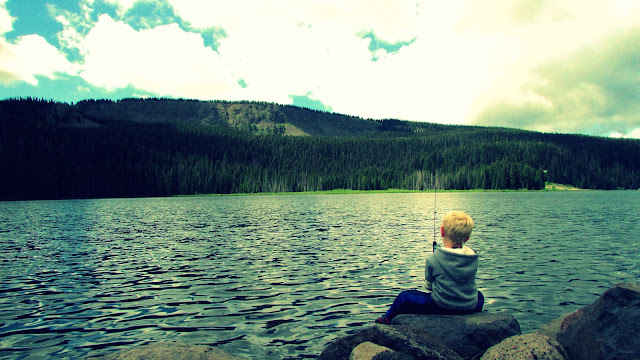 I'm so glad you had a good time! There is nothing that brings a family closer than camping!!! Our family has such great memories of it, and now I'm so glad your boys will have those great memories too. Maybe next time on the fishing! :-) So glad to read about your wonderful camping adventure this past weekend!